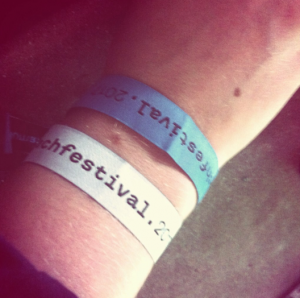 Techfestival’s mission is to put on a truly participatory festival of and for technology, and 2017 was Techfestival’s first edition. For five days in September, international guests, local speakers, facilitators, and volunteers joined 16,000 guests in Vesterbrø’s “meatpacking district” for a vast array of talks, demostrations and debate. It was (according to one of the speakers VIRT-EU invited to speak on Ethical and Responsible IoT) the coolest venue to ever present academically derive ideas!

VIRT-EU co-hosted our Ethical and Responsible IoT event in collaboration with ThingsCon, Europe’s leading conference about the future of hardware, connected devices, and IoT. We designed the evening as a “Meetup” which would bring designers, developers, legal professionals, and members of the curious public into dialogue for an evening. As our event’s tagline put it, ‘such reflections are crucial for ensuring a future we actually want to live in’.

Irina Shklovski, VIRT-EU’s PI opened the evening by sharing some of the goals and methods of the VIRT-EU research project and thanking everyone for 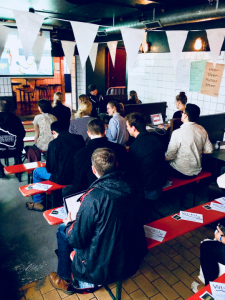 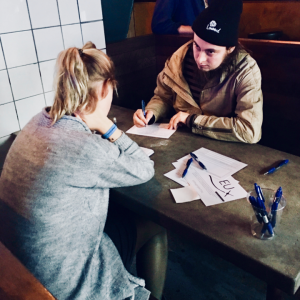 joining us. It was a full room, with over 60 people lined up on the bright red benches. Irina pointed everyone to the cards we had scattered around and asked that folks take a look before the presentations kicked off: we wanted people to be thinking up questions as they listened, and noting them down for the discussion session. Lachlan Urquhart (@mooseabyte) was our first invited speaker. Lachlan is a Research Fellow in Information Tech Law at the Horizon Digital Economy Research Institute in Nottingham, UK. His talk – coming from the intersection of IT Law, HCI and digital ethics – accessibly covered topics of IT law and governance he writes about under the heading of ‘regulation by design’ (see publications and reflections on his visit here). This connected perfectly with Kajsa Westman’s talk from a design perspective. Kajsa, a UX designer at Topp, reflected on the designer’s role in the development process as a
‘gatekeeper between bad ideas and final products’. How far do these responsibilities extend?: ‘just because it passed through our studio, does not mean we can wash our hands of it’, she argued. Salon participants were asked if they had ever quit a job on ethical grounds. How many of them would just ‘shut up and get the job done’?

We had a break so participants could get drinks and write on their postcards. The discussion session, lasting more than an hour, was filled with deeply felt
concerns. Participants posed questions to the speakers, but also entered into a lively disagreement with each other, pointing to the role of legislation, work practices, and what it means to live a logged life. Internet of Things technologies reach deeply into our lives. As one of the participants argued: “It needs to be an internet of things AND humans, so we can talk about these concerns”. The ThingsCon Salon was certainly a space where these dialogues began.