A core aspect of VIRT-EU is the application of a simultaneous qualitative-quantitative methodological triangulation, that is, a methodology where fieldwork at IoT-related events is complemented by an analysis of online data generated about those events, and vice-versa. Relevant actors such as IoT companies and developers are identified during fieldwork, and used as seeds to map the online discussion about IoT. The quantitative study of the automatically collected online information is then expected to identify new central actors to be targeted by the qualitative analysis. In addition, online data will be used to study changes in the public discussion about IoT and ethics during the duration of the project.

To support our quantitative study of online information about IoT and ethics we have developed a data management portal where project members can start data collection tasks and generate reports summarising the collected data, including the visualisation of online discussions, the identification of central actors and the association between keywords of interest. The centralised database containing all the integrated information and the part of the system following conversations on Twitter are currently up and running, and we are in the process of adding new data sources and defining data collection guidelines for the team members. 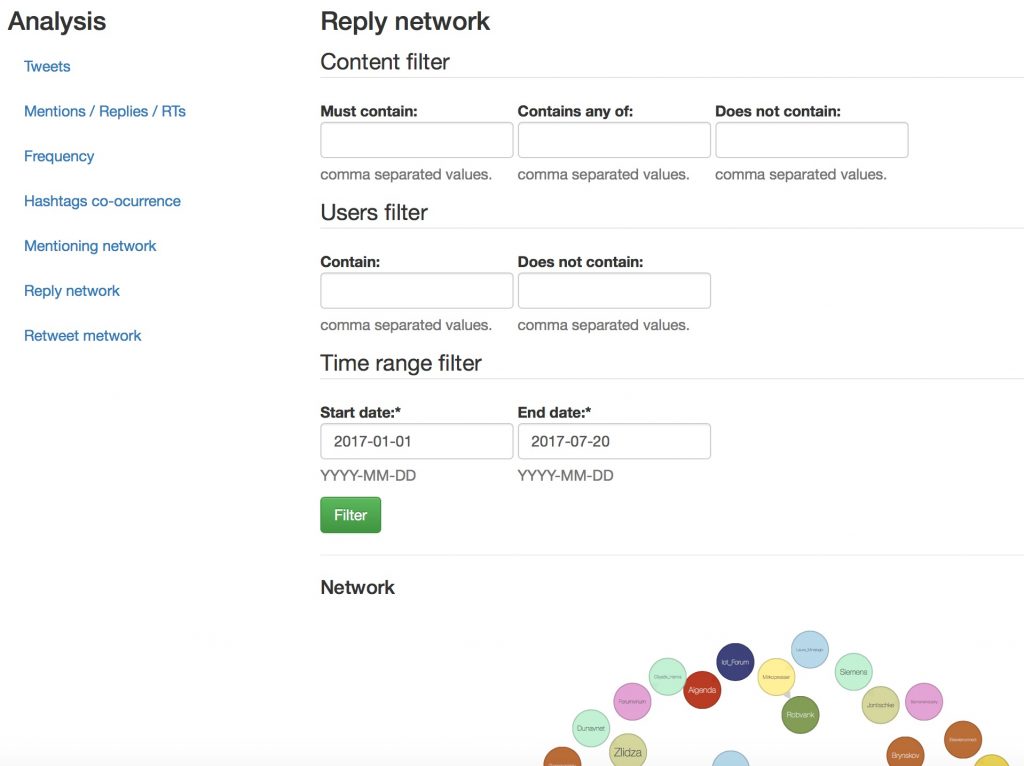 At the same time, we have been developing network analysis algorithms that we will apply to the collected data as soon as it has been polished and consolidated. We have developed original methods and implemented approaches from the literature to compare discussions happening on different social media, and to automatically identify communities of actors discussing similar topics on multiple social media. All the algorithms developed during the first six months of the project will be released as part of version 1.1 of the “multinet” R library during summer.